Fathers’ Day is fast approaching us and perhaps you haven’t sorted out a special present for your amazing dad just yet. For the professional father, why not opt to buy him an exquisite hand carved solid mahogany valet stand from Lock Stock and Barrel Furniture?

But why should you? And even more so what exactly IS a Valet Stand? Let us fill you in!

These were once commonplace of the well-to-do household. Only those who could afford nicer clothes, and could spend the money required for a stand to keep them neat and tidy would own one of these pieces.

Stands such as these were common between the 1800s-mid-20th century. It was only when male fashion steered away from trousers, jackets and suit in the decades after the Second World War that valet stands became less useful. Eventually people stopped buying and making them.

However are handy pieces for those who still tend to dress in a more conservative or traditional, vintage style. And it is starting to comeback into fashion. 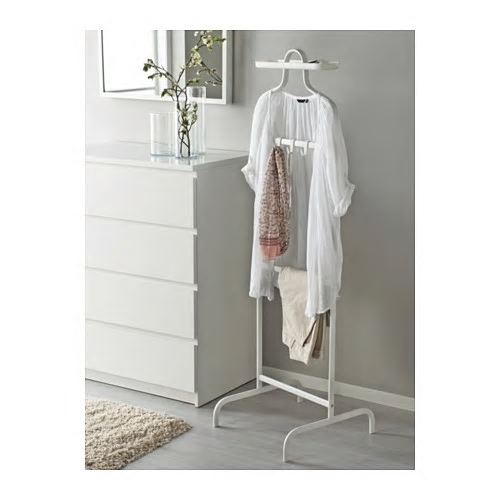 An Ikea MULIG Valet Stand, an example of a cheaper,more modern approach to these stands. Using cheaper materials such as steel which is lighter but nowhere near as sturdy or as attractive as more traditional materials. 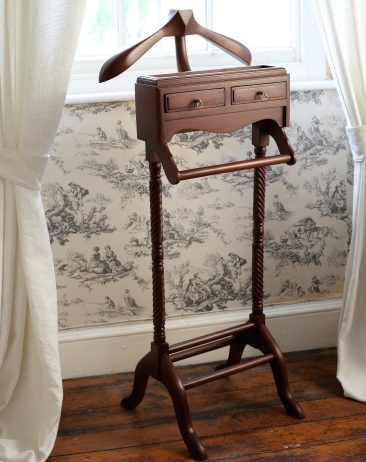 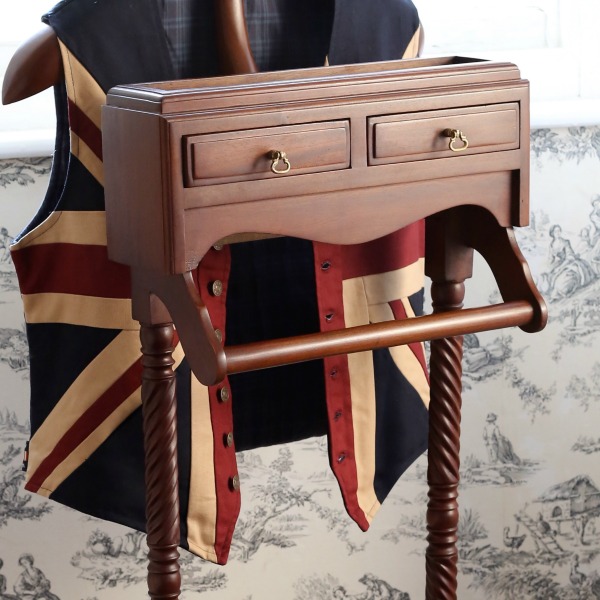 Above is our own solid mahogany Valet Stand which has been lovingly hand crafted from sustainable wood.

It not only has the standard features you would expect from a piece like this but has dovetail joints, 2 drawers finished with brass ring pull knobs and a traditional wax finish.

We think you’ll agree that our mahogany stand looks fantastic and although it’s more towards the traditional, it will fit in with almost any interior.

Why not follow us on social media to be kept up to date with the latest news? We also push out e-newsletters occasionally that can contain subscriber-only deals and news so be sure to subscribe to our mailing list!

Mahogany furniture through the years